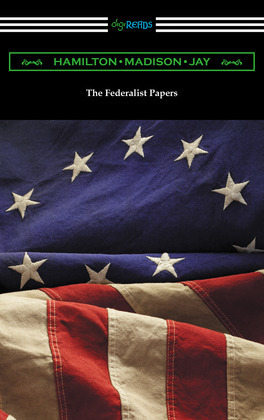 Following the signing of the Declaration of Independence there was a vigorous debate in the American colonies on the form of government that should be then established. A Constitutional Convention was convened between May 25th and September 17th, 1787. A principal point in the debate at the convention was as to how much power should be granted to the federal government versus the states. In response to what would come out of this convention a number of “anti-federalist” essays began to proliferate in the press. In order to combat the objections to the new Constitution, Alexander Hamilton organized an effort to write and publish a series of essays that would “endeavor to give a satisfactory answer to all the objections”. This series of essays, which first appeared in three New York newspapers, “The Independent Journal”, the “New-York Packet”, and the “Daily Advertiser”, would come to be known as “The Federalist Papers”. Although the essays were published anonymously, it is believed that Alexander Hamilton wrote the majority of them with James Madison and John Jay contributing the rest. The influence of “The Federalist Papers” on modern democracy cannot be overstated and to this day these writings stand as some of the most important documents regarding the constitutional history of the United States of America. This edition includes introductions by Edward Gaylord Bourne and Goldwin Smith and a biographical afterword of Alexander Hamilton.