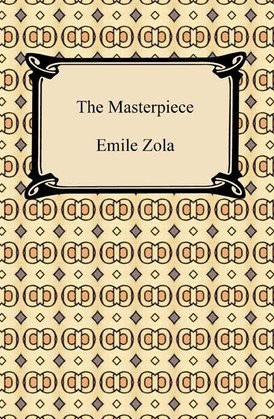 The fourteenth novel in a twenty book series collectively entitled, "Les Rougon-Macquart, L'Œuvre" was first translated into English in 1886, the title having since been rendered "The Masterpiece". Set in France's Second Empire, the story of naturalist painter Claude Lantier is believed to be a highly fictionalized account of Zola's friendship with the painter Paul Cézanne. The fictional artist of Zola's Bohemian world, Lantier, strives to complete a great work that will reflect his own talent and genius as a revolutionary, but struggles greatly in living up to his artistic potential. The story was perhaps too personal for Cézanne, whose correspondence with Zola ended immediately after the novel's publication. Nevertheless, this story of the misunderstood artist, brilliant but scorned by the intolerant art-going public and their unwillingness to abandon traditional practices, epitomizes the attitudes of Bohemian Revolutionaries and the nineteenth century era of French Naturalism.