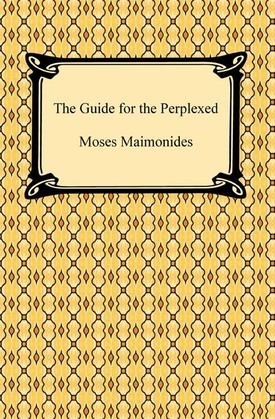 The Guide for the Perplexed

Written in the 12th century in Arabic by a faithful Jewish man, "The Guide" is a work that explores the contradiction a very intelligent mind clearly saw between the tradition he was raised to believe inherently and the growing philosophy of Arabian and Western culture. In Maimonides' time, there was an emerging disparity between the Law and a new level of philosophical sophistication, which he attempts to bridge in this work, primarily through the use of metaphor, though also acknowledging this method's limitations. "The Guide" follows the form of a three-volume letter to a student, which was quickly translated to Hebrew and spread throughout the known world and carefully read by Jews and non-Jewish philosophers alike well through the Middle Ages. This work was so successful in its organization and arguments that it has long been a classic of the Jewish religion and of the secular world of philosophy.