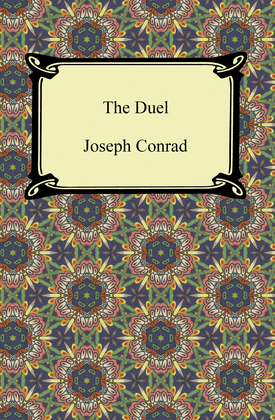 by Joseph Conrad (Author)
Fiction
EPUB
unlimited loans, One at a time
Details

Joseph Conrad's novella "The Duel" regards the story of Lieutenant Gabriel Feraud, a fervent Bonapartist and obsessive duelist. Following a near fatal duel with the nephew of the mayor of Strasborg, Lieutenant Armand d'Hubert is sent to put Feraud under house arrest. This confrontation sets in motion a series of indecisive duels between the two over the course of the next several years. Conrad's "The Duel" is based upon the real life events of two French Hussar officers named Dupont and Fournier-Sarlovèze, who over the course of nineteen years fought over thirty duels. Set against the backdrop of the Napoleonic wars, the conflict between the two men is a gripping period piece in which Conrad constructs an analogy to the conflict of all men.