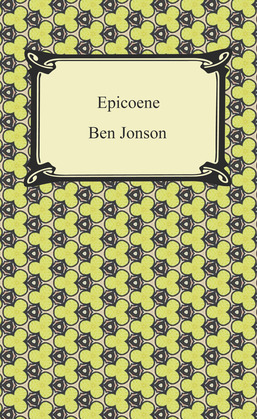 Epicoene, or, The Silent Woman

Ben Jonson's career began in 1597 when he held a fixed engagement in the "Admiral's Men", and although he was unsuccessful as an actor, his literary talent was apparent and he began writing original plays for the troupe. Jonson's works are particularly recognizable because of his consistencies in style, intricacy of plot, characterization and setting. He focused on creating works that implemented elements of the realistic as well as the absurd. His reputation diminished somewhat in the Romantic era, when he began to be unfairly compared to Shakespeare; however, after the Restoration, many of his plays, including "Epicoene," was revived and well appreciated. The story takes place in London, where a wealthy old man named Morose has made plans to disinherit his nephew by marrying. The dejected young man forms a revenge plot on his uncle, secretly arranging a calamitous marriage, complete with all the comedic elements expected of Jonson's work.