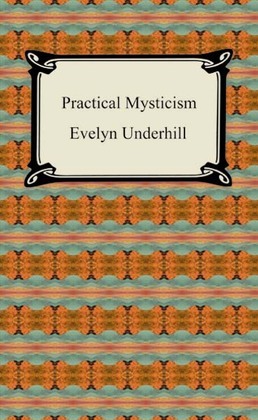 A poet, novelist, pacifist and mystic, Evelyn Underhill (1875-1941) spent her life deeply immersed in the things she wrote about. At first an agnostic, Underhill became drawn to Catholicism, though her husband, a Protestant, tried to dissuade her. Instead of taking the traditional Christocentric view held by most Anglo-Catholics, Underhill gravitated toward a more intellectual side of religion. With her work "Practical Mysticism", Underhill expounds on her views of spirituality from a secular standpoint, arguing that spiritual life is innate in all humans, a part of human nature, and that all of life is sacred. A product of the Edwardian era, Underhill's works are romantic and unashamedly sensuous. A prominent figure in her field of interest while she was writing, Underhill remains a respected writer on religion and spiritual practice.