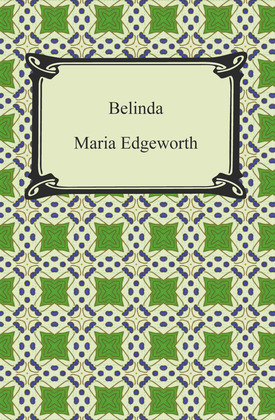 by Maria Edgeworth (Author)
Fiction
EPUB
Unlimited loans, One at a time
Details

Maria Edgeworth takes on issues of gender and race in her early editions of "Belinda", and although later editions tone down some controversial material to appease audiences, the alterations were most likely made by Edgeworth's father. Edgeworth's story centers around Belinda, a young woman who is navigating the complicated path of courtship and the limitations of domesticity. When Belinda is sent to live with the fashionable Lady Delacour, in hopes that she will find a wealthy and respected husband, she is quickly exposed to differing perspectives on marriage and the social obligations of women. The influence of Lady Delacour, and later Lady Anne Percival, motivate Belinda toward an independence and spirit of empowerment reminiscent of Mary Wollstonecraft. Edgeworth's popularity diminished somewhat after the first two decades of the 19th Century, however, her works opened doors for later writers like Sir Walter Scott and William Makepeace Thackeray, and expanded the potential for the "female" novel.