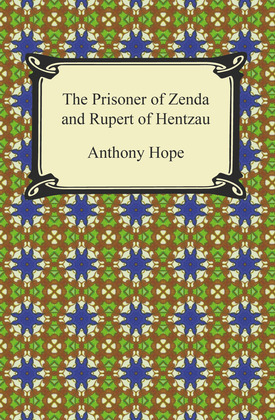 The Prisoner of Zenda and Rupert of Hentzau

by Anthony Hope (Author)
Fiction
EPUB
Unlimited loans, One at a time
Details

Sir Anthony Hope Hawkins (1863-1933) was training to become a lawyer and barrister when he wrote his sixth novel, "The Prisoner of Zenda", in 1894. It took one month to finish the first draft, and it quickly achieved such great success that Hope turned to full-time writing. The story is set in the fictional country of Ruritania, on the eve of the new king's coronation. When the king is suddenly abducted, an Englishman who bears a striking resemblance to him is brought in as a political decoy. Like most of Hope's stories, the novel is full of plot twists, complications, villains, forbidden love, and an ultimate sense of duty. Included in this edition is the sequel to "Zenda", "Rupert of Hentzau", which deals with the same fictional country, and many of the same characters. These two works are classics of English literature, whose themes and attraction transcend time, and have inspired many stage, film and television adaptations.