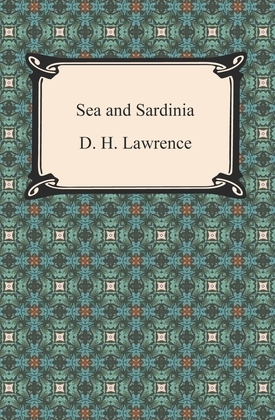 David Herbert Richards Lawrence (1885-1930) was an English novelist, playwright, essayist, poet, literary critic and painter who published under the name D. H. Lawrence. He is valued by many as a visionary thinker and significant representative of modernism, as well as one of the finest writers in English literature. After the traumatic experience of World War I, Lawrence began what he termed his "savage pilgrimage," a time of voluntary exile, where he escaped with his wife from England and spent the remainder of his life travelling. In 1921, Lawrence joined the British literary tradition of writing a travelogue. He and his wife, Frieda, embarked on a journey to Sardinia for its promise of unspoiled primitiveness and lack of many tourists. "Sea and Sardinia" records Lawrence's voyage to Sardinia, revealing his response to the new landscape and inhabitants of this part of the Mediterranean. It is also a self-revealing journal in which Lawrence's passions, rages, and perspectives get frequent work-out.