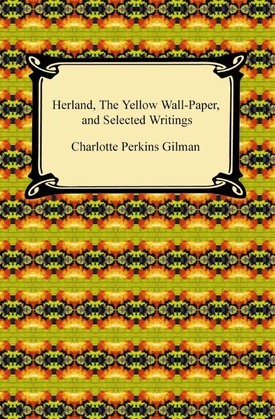 Charlotte Perkins Gilman (1860-1935) was an American sociologist, author, poet, and lecturer whose influential work and unorthodox lifestyle made her an icon for future generations of feminists. Much of her work criticized common perceptions of the role of women in marriage and society, and advocated educational, financial, and cultural equality for women. This edition features "Herland", a utopian novel about the exploration of an isolated, entirely female, society by three American men. Also included is her most famous work, "The Yellow Wall-Paper", a semi-autobiographical story written by Gilman in 1890 after a severe bout of post-partum depression. The story of a woman who is driven insane after three months trapped in her home, deprived of any mental stimulation, was a direct criticism of the doctor who "treated" Gilman's depression. The stories and poems in this collection were taken from newspapers, periodicals and Gilman's self-published magazine, "The Forerunner".