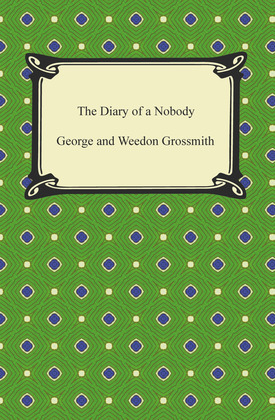 The Diary of a Nobody

by George Grossmith (Author)
Fiction
EPUB
unlimited loans, One at a time
Details

George Grossmith was an English comedian, writer, composer, actor and singer, who is best known for a series of nine characters in the Gilbert and Sullivan operas, as well as the novel, "The Diary of a Nobody", which he wrote in collaboration with his brother, Weedon. Weedon Grossmith had been trained as a painter, but was forced to turn to the stage for financial reasons. The brothers were both successful actors and playwrights, specializing in comic roles. "The Diary of a Nobody" first appeared in the magazine "Punch" in 1888-1889, its popularity prompting the publication of a book that has remained in print since 1892. The "nobody" of the story is Charles Pooter, a self-important, middle aged bank clerk who is oblivious to his own gaffes and the snubs of those he considers inferior. This book's sharp satire of social insecurity and snobbery in the late Victorian era, through the overly serious voice of Pooter, will leave readers in stitches.