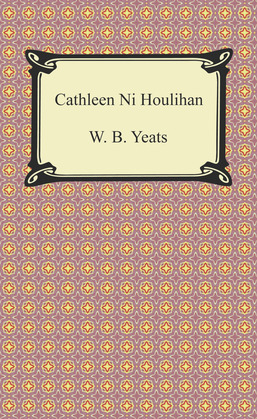 by W. B. Yeats (Author)
Fiction Drama
EPUB
unlimited loans, One at a time
Details

William Butler Yeats (1865-1939) was an instrumental figure in the "Irish Literary Revival" of the 20th Century that redefined Irish writing. He was awarded the Nobel Prize in Literature in 1923, and received honorary degrees from Queen's University (Belfast), Trinity College (Dublin), and the Universities of Oxford and Cambridge. It can be difficult to characterize Yeats. He was a complicated man whose work reflected the internal struggle he felt between art and life. In 1899 Yeats helped found the Irish National Theatre Society, which later became the famous Abbey Theatre of Dublin. Written in collaboration with Lady Gregory, "Cathleen Ni Houlihan" appeared on the bill of plays produced in 1902 by the theatre, and although a short work, it was frequently revived until World War II. The story is based on the battle at Killala, one of many conflicts in Ireland's long fight for independence. Yeats depicts the love of family, poverty, anguish and hardship of the Irish peasantry through the symbolic portrayal of Ireland as a female spirit.