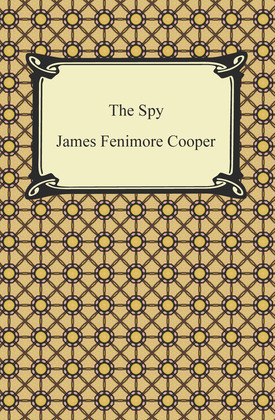 James Fenimore Cooper (1789-1851) was a prolific and popular American writer of the early 19th century. He is best remembered as a novelist who wrote numerous historical novels and sea-stories. In his lifetime he published thirty-three extensive fictional works, three books of explicit social and political commentary, five travel works, a monumental history of the United States Navy, a book of naval biographies, and a remarkable amount of miscellaneous writing. His audacious experimentation with original literary materials exerted a powerful influential effect on the literature of the young Republic. Written in 1821, "The Spy" takes place during the heart of the American Revolution in 1780 on the neutral grounds of Westchester County, New York. The protagonist, Harvey Birch, is an American spy wrongly suspected by Patriots to be a spy for the British. Harvey helps a family who is torn apart by the war, while he himself has to avoid both the Continental Army and American guerrillas. The book incorporates several real characters, including George Washington, who offers Harvey a reward at the end of the war.