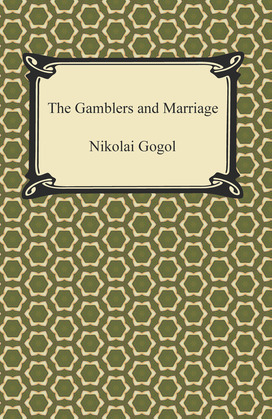 The Gamblers and Marriage

Nikolai Vasilievitch Gogol, the Molière of Russia, was born in the sunny Ukraine in March, 1809, and died in Moscow forty-three years later. The author of Russia's famous national comedy, "The Inspector-General," Gogol was the first dramatist of his country to write plays on the Western European model, even as his friend Pushkin was the first Russian poet to introduce the Western strain into the literature of his people. In the comedy "Marriage," which Gogol began in 1832 as "The Wooers" and completed only in 1842 in its final form, the author attacked in his inimitable manner the modern problem of escape from marriage. By unexcelled, mirth-provoking characterization, and with delightful irony, Gogol satirized the fear of marriage inherent in the soul of the average man. "The Gamblers" is a masterpiece of dramatic suspense, and has been hailed in Europe as a model for plot development. With a few strokes, Gogol drew this set of characters whose purpose in life is so similar, yet whose manners are so individual. When "The Gamblers" was first produced in Berlin, it made a striking impression on the audience whose mystification was complete to the very end.