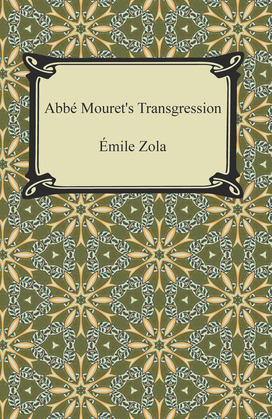 "Abbé Mouret's Transgression" (La Faute de l'Abbé Mouret), written in 1874, is perhaps the most powerful and poetic of all Zola's tales; it is that in which fantasy bears the greatest part, and in which "naturalisme" for a while disappears. The opening chapters describe a profligate and almost pagan village in Provence, and here "naturalisme" is at home, and in its proper place. The fifth novel in Zola's "Rougon-Macquart" series, "Abbé Mouret's Transgression" is the sequel to "The Conquest of Plassans," in which we are first introduced to the main character, the neurotic young priest Serge Mouret. He becomes the parish priest for the village of Artauds, where the villagers have no interest in religion. This test to his faith brings the priest to a nervous breakdown. As he begins to recover he finds that he has lost all memory of who or where he is. This novel pits the faith of religion against the universal desires of love and sexuality. Presented here in this edition is the "Suppressed English Edition" originally published in France in the late 19th century.