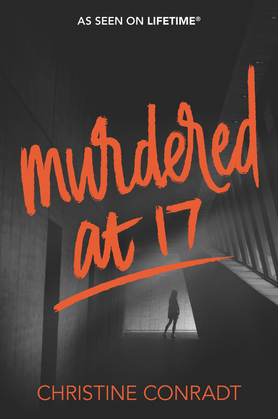 In this suspenseful and romantic teen thriller based on the “can’t pull your eyes away” series on Lifetime, one girl discovers that trusting the wrong person could have deadly consequences.

Pretty and popular, seventeen-year-old Brooke Emerson is the envy of her classmates—and even some of her closest friends. But while she seems to have it all, Brooke has never felt so lost.

Ever since she sustained a head injury during a cheerleading stunt the previous year, she’s suffered from a disorder that causes her to fly into uncontrollable, sometimes violent rages. As hard as she tries to keep it together, she finds herself in danger of jeopardizing her seemingly perfect life.

It isn’t until Brooke meets Jake, a handsome and charismatic stranger, that she feels like she’s found someone who not only understands her, but accepts her for who she is. As tempting as it is to get swept up in the romance, she can’t help but feel like something in their relationship isn’t quite right.

When her best friend is brutally murdered, Brooke has no choice but to depend on her new love...especially because she's worried that she might be the killer.