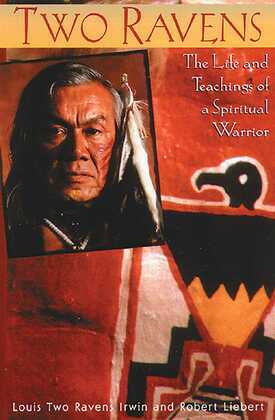 Two Ravens: The Life and Teachings of a Spiritual Warrior

This is the story of a remarkable Native American who through his own life struggles learned to unite the paths of warrior and healer. Two Ravens was taught the traditional healing ways of his Mandan, Hidatsa, and Arickara people by his grandfather, knowledge which served him well in his dealings with the hostile white society he later encountered. After years of rampant discrimination and racism, he became a warrior in the fight for the rights of his people He joined the efforts of Leonard Peltier, Leonard Crow Dog, Frank Clearwater, and many other prominent leaders to ensure that his people might live in peace and with respect. But the constant battles often left Two Ravens censured both by fellow Native Americans who supported a more conservative political agenda and white law enforcement agencies who considered him an outlaw. Pulled between different worlds, he struggled against alcoholism and despair. It was only when he returned to his grandfather's teachings that he discovered a way to join the paths of the warrior and the healer. In the years before his death, Two Ravens worked as a substance abuse counselor and spiritual advisor, helping others integrate Native American traditions into their lives in contemporary America.
Offers personal insights from a Native American who worked with the American Indian Movement from its inception