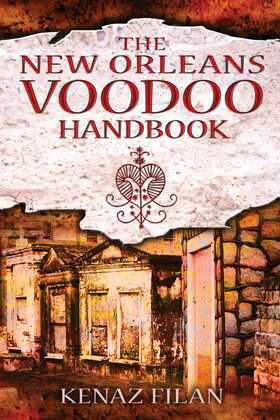 A guide to the practices, tools, and rituals of New Orleans Voodoo as well as the many cultural influences at its origins

• Includes recipes for magical oils, instructions for candle workings, and directions to create gris-gris bags and Voodoo dolls to attract love, money, justice, and healing and for retribution

• Exposes the diverse ethnic influences at the core of Voodoo, from the African Congo to Catholic immigrants from Italy, France, and Ireland

One of America’s great native-born spiritual traditions, New Orleans Voodoo is a religion as complex, free-form, and beautiful as the jazz that permeates this steamy city of sin and salvation. From the French Quarter to the Algiers neighborhood, its famed vaulted cemeteries to its infamous Mardi Gras celebrations, New Orleans cannot escape its rich Voodoo tradition, which draws from a multitude of ethnic sources, including Africa, Latin America, Sicily, Ireland, France, and Native America.

In The New Orleans Voodoo Handbook, initiated Vodou priest Kenaz Filan covers the practices, tools, and rituals of this system of worship as well as the many facets of its origins. Exploring the major figures of New Orleans Voodoo, such as Marie Laveau and Dr. John, as well as Creole cuisine and the wealth of musical inspiration surrounding the Mississippi Delta, Filan examines firsthand documents and historical records to uncover the truth behind many of the city’s legends and to explore the oft-discussed but little-understood practices of the root doctors, Voodoo queens, and spiritual figures of the Crescent City. Including recipes for magical oils, instructions for candle workings, methods of divination, and even directions to create gris-gris bags, mojo hands, and Voodoo dolls, Filan reveals how to call on the saints and spirits of Voodoo for love, money, retribution, justice, and healing.