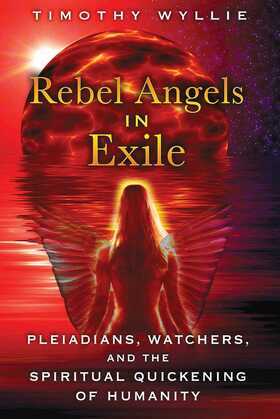 Rebel Angels in Exile: Pleiadians, Watchers, and the Spiritual Quickening of Humanity

A rebel angel’s revelations on the angelic quarantine after the Lucifer Rebellion 203,000 years ago

• Explores many mythic events in Earth’s ancient history, such as visits from the Nephilim and the Pleiadians and the growth and destruction of Lemuria

• Interwoven with angelic observations about Timothy Wyllie’s current and previous lives, such as his long involvement in the still controversial Process Church

After the angelic rebellion 203,000 years ago, Earth and 36 other planets were quarantined from the larger Multiverse. Despite aligning with Lucifer and the rebel angels, Georgia--an angel of Seraphic status--was permitted to remain on Earth and continue her role as a Watcher. In this book, Georgia, writing together with Timothy Wyllie, shares her personal account of half a million years on this planet.

Focusing this volume 38,000 years after the angelic rebellion, Georgia shares her experiences being present for key decisions taken by the rebel angel leadership, witnessing firsthand Earth’s steady descent into darkness, ignorance, and confusion. Georgia explores mythic events in Earth’s ancient history, such as visits from the Nephilim and the Pleiadians and the destruction of Lemuria, and reveals information about angelic influence, their ability to affect whales and dolphins, and the presence of illicit alien colonies in remote areas of Earth. Interweaving her own story with observations about Timothy Wyllie’s current and previous lives, such as his long involvement with the Process Church, she explores the supreme significance of the Earth as a world on which the rebel angels have been accorded the privilege of mortal incarnation and as an arena for accelerating spiritual growth.

Georgia shares her words, in part, to awaken some of the over 100 million rebel angels currently living out their human lives, most unaware of their angelic heritage and struggling with their sense of being so different from other people. She shows that a mortal incarnation for a rebel angel is an opportunity to personally redeem their past and help prepare the way for the imminent transformation of global consciousness as the Earth is welcomed back into the Multiverse.