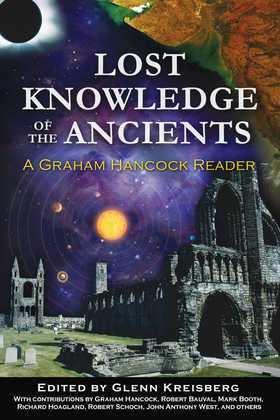 Lost Knowledge of the Ancients

Thinkers at the forefront in alternative theories on history, the origins of civilization, technology, and consciousness

A revolution of thought is under way in our world, fostered by decades of research and well-documented evidence by alternative theory pioneers such as Graham Hancock, John Anthony West, Robert Bauval, and Robert Schoch. These provocative, cutting-edge scholars now represent a direct challenge to the academic establishment as the paradigms of science and history shift and their ideas gain acceptance.

Representing the latest, often controversial findings in scientific and historical research, this anthology of essays commissioned by Graham Hancock, bestselling author of Fingerprints of the Gods, covers the forefront in alternative theories on history, the origins of civilization, technology, and consciousness with topics ranging from quantum philosophy and paranormal phenomena to the ancient use of electromagnetism, the effect of cosmic rays on human evolution, and NASA’s cover-up of ancient Martian civilizations. Recognizing that many recent discoveries are actually rediscoveries of lost knowledge from past civilizations, these authors seek to understand where, within the bigger picture of human knowledge, our present time fits into the cycle of human existence.