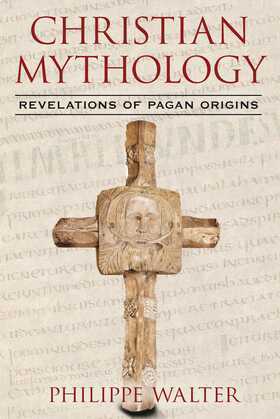 • Identifies pagan deities that were incorporated into each of the saints

• Shows how all the major holidays in the Christian calendar are modeled on pagan rituals and myths, including Easter and Christmas

In this extensive study of the Christian mythology that animated Europe in the Middle Ages, author Philippe Walter reveals how these stories and the holiday traditions connected with them are based on long-standing pagan rituals and myths and have very little connection to the Bible. The author explains how the church fathers knowingly incorporated pagan elements into the Christian faith to ease the transition to the new religion. Rather than tear down the pagan temples in Britain, Pope Gregory the Great advised Saint Augustine of Canterbury to add the pagan rituals into the mix of Christian practices and transform the pagan temples into churches. Instead of religious conversion, it was simply a matter of convincing the populace to include Jesus in their current religious practices.

Providing extensive documentation, Walter shows which major calendar days of the Christian year are founded on pagan rituals and myths, including the high holidays of Easter and Christmas. Examining hagiographic accounts of the saints, he reveals the origin of these symbolic figures in the deities worshipped in pagan Europe for centuries. He also explores how the identities of saints and pagan figures became so intermingled that some saints were transformed into pagan incarnations, such as Mary Magdalene’s conversion into one of the Celtic Ladies of the Lake.

In revealing the pagan roots of many Christian figures, stories, and rituals, Walter provides a new understanding of the evolution of religious belief.