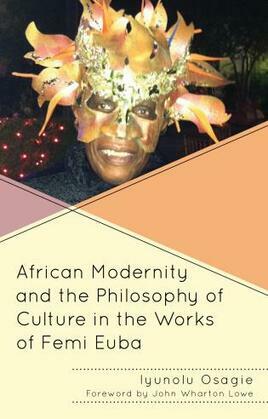 This book is a significant and original contribution to the ongoing conversation on modernity. It uses the creative and critical works of Nigerian playwright and novelist Femi Euba to demonstrate the place and function of African cultures in modernity and makes the case for the vibrancy of such cultures in the shaping and constitution of the modern world. In addition to a critique of Euba’s fifty-year artistic career, this book offers an account of Euba’s formative relationship with the 1986 Nobel Prize for Literature winner Wole Soyinka, during the promising days of the Nigerian theatre in the immediate post-independence period, and the effect of this relationship on Euba’s artistic choices and reflections. Euba contributes to our understanding of Africa’s negotiation of modernity in significant ways, especially in his sensitive reading of Esu, the Yoruba god of fate and chance, as an artistic consciousness whose historical and ideological mobility during New World slavery, during Africa’s colonial period, and in the manifestations in the black diaspora today emblematizes the process we call modernity. By using ritual, myth, and satire as avenues to the debate on modernity, Euba lays emphasis on the transformative possibilities at the crossroads of history. His works engage the psychological interconnections between old gods and new worlds and the dialogic relationship between tradition and modernity. Delineating the philosophical and literary debates that reject an easy division between a stereotypically traditional Africa and a modern West, the author shows how Euba’s plays and novel engage the entwined and intimate relationships between the modern and the traditional in contemporary Africa, and thereby she asserts the global resonance of Euba’s African, and specifically Yoruba, conception of the world. By meticulously collecting, cataloguing, and critiquing Euba’s works, Osagie models a new way of practicing African literary studies and invites us to glimpse narrative genius on the continent that she firmly believes African scholars should both promote and celebrate.