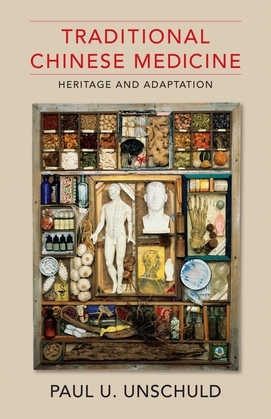 A leading authority explains the origins and history of Chinese medicine from its beginnings in antiquity to today. Paul U. Unschuld describes medicine's close connection with culture and politics throughout Chinese history. He brings together texts, techniques, and worldviews to understand changing Chinese attitudes toward healing and the significance of traditional Chinese medicine in both China and the Western world.

Unschuld reveals the emergence of a Chinese medical tradition built around a new understanding of the human being, considering beliefs in the influence of cosmology, numerology, and the supernatural on the health of the living. He describes the variety of therapeutic approaches in Chinese culture, the history of pharmacology and techniques such as acupuncture, and the global exchange of medical knowledge. Insights are offered into the twentieth-century decline of traditional medicine, as military defeats caused reformers and revolutionaries to import medical knowledge as part of the construction of a new China. Unschuld also recounts the reception of traditional Chinese medicine in the West since the 1970s, where it is often considered an alternative to Western medicine at the same time as China seeks to incorporate elements of its medical traditions into a scientific framework. This concise and compelling introduction to medical thought and history suggests that Chinese medicine is also a guide to Chinese civilization.