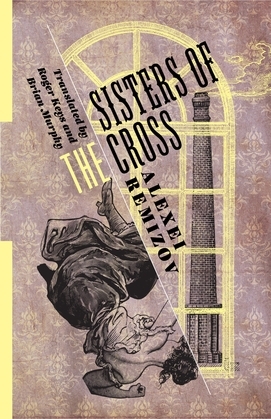 Sisters of the Cross

Thirty-year-old Piotr Alekseevich Marakulin lives a contented, if humdrum life as a financial clerk in a Petersburg trading company. He is jolted out of his daily routine when, quite unexpectedly, he is accused of embezzlement and loses his job. This change of status brings him into contact with a number of women?the titular ?sisters of the cross??whose sufferings will lead him to question the ultimate meaning of the universe.

The first English translation of this remarkable 1910 novel by Alexei Remizov, an influential member of the Russian Symbolist movement, Sisters of the Cross is a masterpiece of early modernist fiction. In the tradition of Gogol?s Petersburg Tales and Dostoevsky?s Crime and Punishment, it deploys densely packed psychological prose and fluctuating narrative perspective to tell the story of a ?poor clerk? who rebels against the suffering and humiliation afflicting both his own life and the lives of the remarkable women whom he encounters in the tenement building where he lives in Petersburg. The novel reaches its haunting climax at the beginning of the Whitsuntide festival, when Marakulin thinks he glimpses the coming of salvation both for himself and for the ?fallen? actress Verochka, the unacknowledged love of his life, in one of the most powerfully drawn scenes in Symbolist literature. Remizov is best known as a writer of short stories and fairy tales, but this early novel, masterfully translated by Roger Keys and Brian Murphy, is perhaps his most significant work of sustained artistic prose.