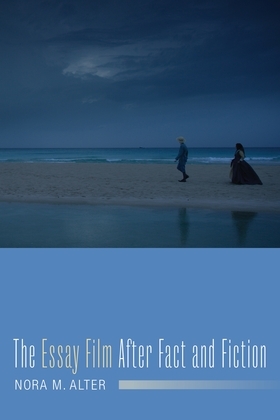 The Essay Film After Fact and Fiction

Nora M. Alter argues that the essay film is a hybrid genre that fuses three major categories of film: feature, art, and documentary. Much like the written essay, its literary predecessor, the essay film draws on a variety of forms and approaches, fundamentally altering the shape of cinema. Alter traces the essay film’s origins to early silent cinema, charting the genre’s evolution with the advent of sound, its emergence as a recognized category of film in the postwar period, and the ways the genre developed in the later twentieth century. In addition to exploring the broader history of the essay film, Alter discusses the work of artists including Robert Smithson, Martha Rosler, Isaac Julien, John Akomfrah, Harun Farocki, and Hito Steyerl.