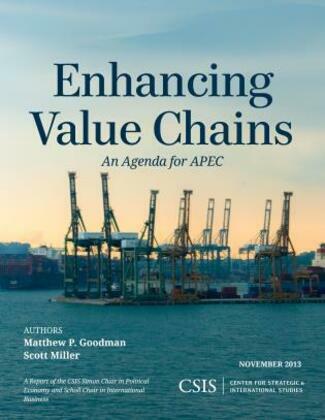 Economic integration has been a focus of Asia-Pacific affairs for the last quarter century. To support and strengthen economic ties, governments in the region have pursued an array of integration initiatives, from the Asia-Pacific Economic Cooperation (APEC) forum launched in 1989 to bilateral and regional trade negotiations currently underway. APEC has been the most successful tool of regional trade and investment integration thus far and has the potential to continue bridging differences between various integration efforts in the region. This report, with input from a wide variety of regional and topical experts, posits that developing a common, high-standard policy approach to value chains could pull together the various integration efforts to the substantial economic benefit of the entire region. The report offers eight recommendations for a broad-based APEC initiative building on existing work in the region on supply chains and connectivity.