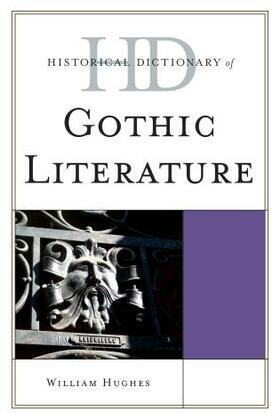 Literary fashions come and go, but some hang around longer than others, like Gothic literature which has existed ever since The Castle of Otranto in 1764. During this long while, it has spread from England, to the rest of Great Britain, and across to the continent, and off to America and Australia, filling in the gaps more recently. Most of it is in English, but hardly all, and it has adopted all styles, from romanticism, to modernism, to postmodernism and even adjusted to feminist and queer literature, and science fiction. We have all, read some Gothic tales or if not read then seen them in the cinema, since they adapt well to film treatment, and it would be hard to find anyone who has not heard of ghosts and vampires, let alone Count Dracula and Frankenstein. On the other hand, some of us are inveterate Gothic fans, reading one book or story after the other.

The Historical Dictionary of Gothic Literature follows this long and winding path, first in an extensive chronology and then a useful introduction which explains the nature of Gothic and shows how it has evolved. Obviously, the dictionary section has entries on major writers, and some of the best-known works, but also on geographical variants like Irish, Scottish or Russian Gothic and Female Gothic, Queer Gothic and Science Fiction. This is provided in over 200 often substantial and always intriguing entries. More can be found in a detailed bibliography, including general works but also more specialized ones on different styles and genres, and also specific authors. This book should certainly interest the fans but also more serious researchers.