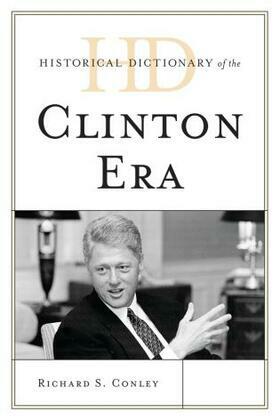 Historical Dictionary of the Clinton Era

William Jefferson Clinton’s legacy remains a matter of significant contention among historians, political scientists, and pundits even after a decade of time to reflect. The narrative of Clinton’s two terms may be, in some sense, the tale of two different men—or at least two incongruous public views of the nation’s 42nd chief executive. On the one hand, there is the Clinton who left the White House more popular than when he took office—entering with a 58 percent approval rating and leaving with a 66 percent approval rating. On the other hand, an ABC News poll conducted on his last day showed that 67 percent of Americans said Clinton was not honest and trustworthy.

The Historical Dictionary of the Clinton Era covers both sides of the Clinton presidency through a chronology, an introductory essay, appendixes, and an extensive bibliography. The dictionary section has over 300 cross-referenced entries on important personalities, including the president, his advisors, his family, his opponents, and his critics, as well as members of Congress, military leaders, and international leaders. This book is a vital access point for students, researchers, and anyone interested in the presidency of Bill Clinton.