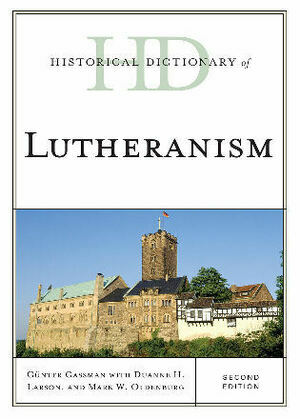 The Reformation of the 16th century was a complex and multifaceted political, social, cultural, and religious process. Most historians agree, however, that in the framework of this process it was the religious and theological efforts to reform and renew the late medieval church—decadent and irrelevant in many ways—that were the initiating forces that set a broad historical movement in motion. Among these reforming religious and theological forces, the Lutheran reform movement was the most important and influential one. It was the historical impact of the theological genius of the Wittenberg professor Martin Luther (1483-1546) that profoundly changed and shaped the face of Europe and beyond. Today, Lutheranism has become a worldwide communion of churches that stretches from Germany to Siberia, Papua New Guinea, Madagascar, and Surinam.

The second edition of the Historical Dictionary of Lutheranism presents information on major theological issues, historical developments of Lutheranism worldwide, Lutheran ecumenical and missionary involvement and activities, worship and liturgy, spirituality, social ethics, inter-religious and Jewish relations, Lutheranism and the arts, theology, and important representatives of Lutheranism. This is done through a detailed chronology, an introductory essay, an appendix of Lutheran Churches, a bibliography, and hundreds of cross-referenced dictionary entries. This book is an excellent access point for students, researchers, and anyone wanting to know more about Lutheranism.