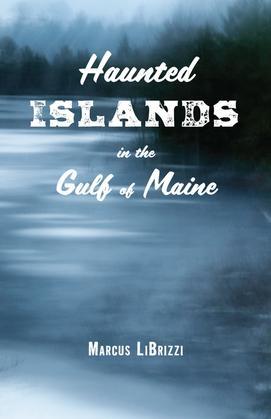 Haunted Islands in the Gulf of Maine

What is it about islands that make them ideal settings for ghost stories? Maybe it’s because an island is the perfect place to dispose of a body or bury treasure, or maybe there’s some truth to the lore than spirits cannot travel over water. Whatever the case, with over 3,000 coastal islands, Maine has more than its share of those that are haunted.
The proposed book features twenty-one haunted islands off the coast of Maine. A partial list of hauntings includes the following:
Outer Heron Island: Death, panic, and mysterious fog plague this island, which is home to a vengeful ghost guarding a lost grave and a legendary treasure linked to a sea cave embellished in strange hieroglyphics.
Swan’s Island: A number of ghosts haunt Swan’s Island, but the most noteworthy is a spirit appearing as a young, disoriented girl who leads people to the cemetery in the village of Atlantic and then mysteriously disappears before anyone discovers her grave.
Mount Desert Rock: The station at this remote rock in the ocean contains a demonic spirit that targets anyone who spends the night in one particular room, inducing petrifying dreams that reenact a tragedy that took place there.
Roque Island: This private island, which contains a mile-long white sand beach, is inhabited by the ghosts of a 19th century patriarch, a maid, and a young boy known as Gus, who spent his life in a cage due to incurable madness.
Sable Island: The graveyard of the Atlantic, with more 350 shipwrecks, Sable Island is haunted by the spirits of those who drowned there, those who were left to fend for themselves in a bloody penal colony, and two women, one who was murdered, and one whose lifeless body was desecrated to remove the ring she wore.