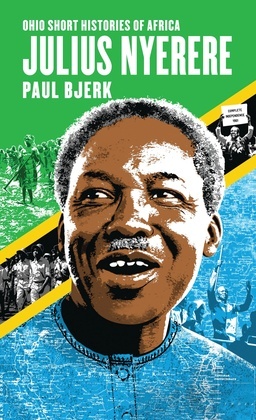 With vision, hard-nosed judgment, and biting humor, Julius Nyerere confronted the challenges of nation building in modern Africa. Constructing Tanzania out of a controversial Cold War union between Tanganyika and Zanzibar, Nyerere emerged as one of independent Africa’s most influential leaders. He pursued his own brand of African socialism, called Ujamaa, with unquestioned integrity, and saw it profoundly influence movements to end white minority rule in Southern Africa. Yet his efforts to build a peaceful nation created a police state, economic crisis, and a war with Idi Amin’s Uganda. Eventually—unlike most of his contemporaries—Nyerere retired voluntarily from power, paving the way for peaceful electoral transitions in Tanzania that continue today.

Based on multinational archival research, extensive reading, and interviews with Nyerere’s family and colleagues, as well as some who suffered under his rule, Paul Bjerk provides an incisive and accessible biography of this African leader of global importance. Recognizing Nyerere’s commitment to participatory government and social equality while also confronting his authoritarian turns and policy failures, Bjerk offers a portrait of principled leadership under the difficult circumstances of postcolonial Africa.