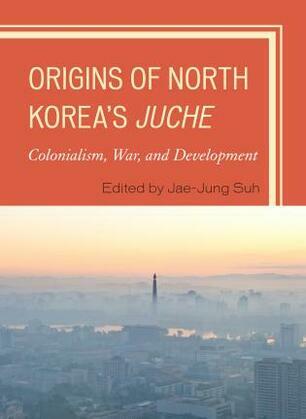 For over five decades, North Korea has outlived many forecasts of collapse despite defects in its system. Origins of North Korea’s Juche: Colonialism, War, and Development, edited by Jae-Jung Suh, argues that it has survived because of Juche, a unique political institution built on the simple notion of self-determination, whose meanings and limits have been shaped by Koreans’ experiences with colonialism, war, and development amidst surrounding superpowers that have complicated their aspirations and plans. The authors in this volume collectively provide an historical institutionalist account of North Korean politics organized around the concept of Juche—commonly translated as self-reliance, but best understood as subjecthood or being a master of one’s own fate—focusing on its role as a response to North Korea’s experiences with colonialism, the Korean War, and economic development. The contributors further discuss how Juche circumscribes the evolutionary path that North Koreans can take as they negotiate contemporary challenges. North Korea, as it is now, is best understood in terms of Juche which embodies the cumulative effect of its historical experiences and responses, and its future potential and trajectory, as enabled and constrained by its conception of Juche. This collection provides fascinating insights into the politics and history of one of the world’s most mysterious nations.