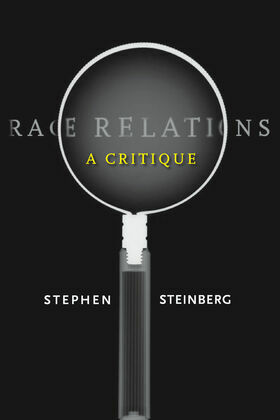 by Stephen Steinberg (Author)
Excerpt
Nonfiction Social science Discrimination & race relations
warning_amber
One or more licenses for this book have been acquired by your organisation details
EPUB
Unlimited loans, One at a time
Details

Stephen Steinberg offers a bold challenge to prevailing thought on race and ethnicity in American society. In a penetrating critique of the famed race relations paradigm, he asks why a paradigm invented four decades before the Civil Rights Revolution still dominates both academic and popular discourses four decades after that revolution.
On race, Steinberg argues that even the language of "race relations" obscures the structural basis of racial hierarchy and inequality. Generations of sociologists have unwittingly practiced a "white sociology" that reflects white interests and viewpoints. What happens, he asks, when we foreground the interests and viewpoints of the victims, rather than the perpetrators, of racial oppression?
On ethnicity, Steinberg turns the tables and shows that the early sociologists who predicted ultimate assimilation have been vindicated by history. The evidence is overwhelming that the new immigrants, including Asians and most Latinos, are following in the footsteps of past immigrants—footsteps leading into the melting pot. But even today, there is the black exception. The end result is a dual melting pot—one for peoples of African descent and the other for everybody else.
Race Relations: A Critique cuts through layers of academic jargon to reveal unsettling truths that call into question the nature and future of American nationality.