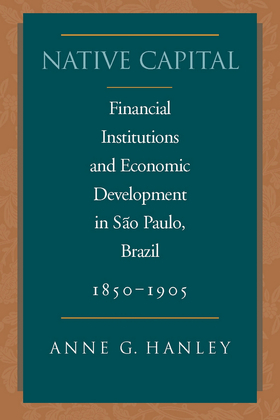 This book studies the development of banks and stock and bond exchanges in São Paulo, Brazil, during an era of rapid economic diversification. It assesses the contribution of these financial institutions to that diversification, and argues that they played an important role in São Paulo's urbanization and industrialization by the start of the twentieth century. It finds that government regulatory policy was important in limiting and shaping the activities of these institutions, but that pro-development policies did not always have their intended effects. This is the first book on São Paulo's famous industrialization to identify the strong relationship between financial institutions and São Paulo's economic modernization at the turn of the century. It is unique in Brazilian economic history, but contributes to a body of literature on financial systems and economic change in other parts of the world.