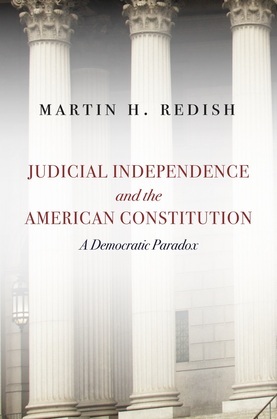 Judicial Independence and the American Constitution

by Martin H. Redish (Author)
Excerpt
Nonfiction Law Public Constitutional
warning_amber
One or more licenses for this book have been acquired by your organisation details
EPUB
Unlimited loans, One at a time
Details

The Framers of the American Constitution took special pains to ensure that the governing principles of the republic were insulated from the reach of simple majorities. Only super-majoritarian amendments could modify these fundamental constitutional dictates. The Framers established a judicial branch shielded from direct majoritarian political accountability to protect and enforce these constitutional limits. Paradoxically, only a counter-majoritarian judicial branch could ensure the continued vitality of our representational form of government.

This important lesson of the paradox of American democracy has been challenged and often ignored by office holders and legal scholars. Judicial Independence and the American Constitution provocatively defends the centrality of these special protections of judicial independence. Martin H. Redish explains how the nation's system of counter-majoritarian constitutionalism cannot survive absent the vesting of final powers of constitutional interpretation and enforcement in the one branch of government expressly protected by the Constitution from direct political accountability: the judicial branch. He uncovers how the current framework of American constitutional law has been unwisely allowed to threaten or undermine these core precepts of judicial independence.