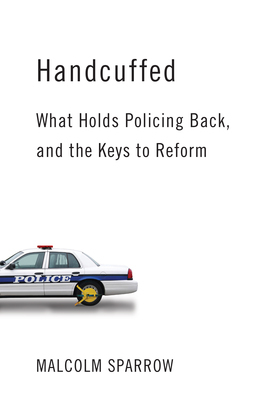 The current crisis in policing can be traced to failures of reform.

“Sparrow surely is right to condemn policing directed only at crime rates rather than community satisfaction.”
–The New York Times Book Review

In the past two years, America has witnessed incendiary milestones in the poor relations between police and the African-American community: Ferguson, Baltimore, and more recently Baton Rouge, St. Paul, and Dallas.

Malcolm Sparrow, who teaches at Harvard Kennedy School of Government and is a former British police detective, argues that other factors in the development of police theory and practice over the last twenty-five years have also played a major role in contributing to these tragedies and to a great many other cases involving excessive police force and community alienation.

Sparrow shows how the core ideas of community and problem-solving policing have failed to thrive. In many police departments these foundational ideas have been reduced to mere rhetoric. The result is heavy reliance on narrow quantitative metrics, where police define how well they are doing by tallying up traffic stops, or arrests made for petty crimes.

Sparrow's analysis shows what it will take for police departments to escape their narrow focus and perverse metrics and turn back to making public safety and public cooperation their primary goals. Police, according to Sparrow, are in the risk-control business and need to grasp the fundamental nature of that challenge and develop a much more sophisticated understanding of its implications for mission, methods, measurement, partnerships, and analysis.