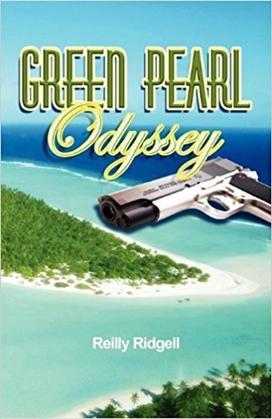 The story, set in the mid-1980s, follows a former Peace Corps Volunteer who kills a mobster's son in revenge for the killing of his wife and brother, then runs to the islands of Micronesia to avoid the mobster's hired killers. The culture and geography of the islands become the backdrop for his flight as he tries to stay one step ahead of his pursuers and deal with his own guilt at the same time. The skinny island of Majuro, lush Pohnpei with its mysterious Nan Madol ruins, the isolation of the Mortlocks, the shipwrecks of the Truk Lagoon, the sailing canoes of Polowat and Satawal, the stone money of Yap, and the modernized lifestyle of Guam all have their parts to play as he jumps from island to island. Finally, on Guam, he confronts the mob boss and his own guilt, and tries to resolve both his physical and emotional dilemmas.