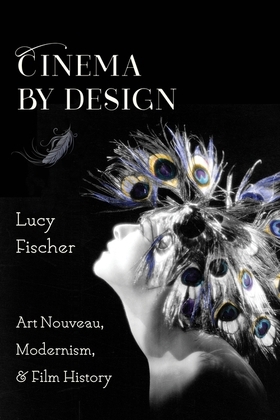 Fischer begins with the portrayal of women and nature in the magical “trick films” of the Spanish director Segundo de Chomón; the elite dress and décor design choices in Cecil B. DeMille’s The Affairs of Anatol (1921); and the mise-en-scène of fantasy in Raoul Walsh’s The Thief of Bagdad (1924). Reading Salome (1923), Fischer shows how the cinema offered an engaging frame for adapting the risqué works of Oscar Wilde and Aubrey Beardsley. Moving to the modern era, Fischer focuses on a series of dramatic films, including Michelangelo Antonioni’s The Passenger (1975), that make creative use of the architecture of Antoni Gaudí; and several European works of horror—The Abominable Dr. Phibes (1971), Deep Red (1975), and The Strange Color of Your Body’s Tears (2013)—in which Art Nouveau architecture and narrative supply unique resonances in scenes of terror. In later chapters, she examines films like Klimt (2006) that portray the style in relation to the art world and ends by discussing the Art Nouveau revival in 1960s cinema. Fischer’s analysis brings into focus the partnership between Art Nouveau’s fascination with the illogical and the unconventional and filmmakers’ desire to upend viewers’ perception of the world. Her work explains why an art movement embedded in modernist sensibilities can flourish in contemporary film through its visions of nature, gender, sexuality, and the exotic.