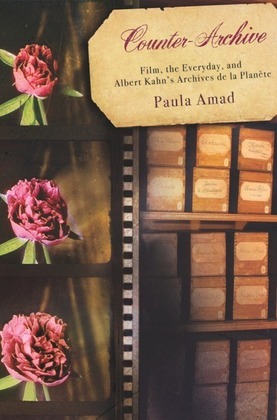 From 1908 to 1931, French banker Albert Kahn financed a monumental multimedia archive intended to record the "surface of the globe as inhabited and developed by Man." Stored in a world-themed garden on the outskirts of Paris, the Archives de la Planète contained 4,000 stereoscopic plates, 72,000 autochromes, and 183,000 meters of film, composing one of the twentieth century's most impressive attempts to preserve a memory of the world through media.

Moving beyond a traditional focus on fiction films screened for theatrical release, this book introduces new perspectives on motion picture history through an analysis of Kahn's rarely screened, unedited nonfiction films. Kahn's fragmented footage reveals diverse intellectual influences, including the philosophy of Henri Bergson (Kahn's lifelong mentor), the rise of human geography as practiced by Jean Brunhes (the director of the archive), and the scientific experiments of the biologist Jean Comandon (a pioneering microcinematographer who also contributed to Kahn's work). Amad also connects the Archive to an obsession with the everyday in early French film theory, the evolution of international documentary film, the early Annales School of history, and the colonial impulses of visual mapping projects. Transforming our conception of the archive in the age of cinema, Amad advances an innovative theory of film's counter-archival potential based on the challenge it poses to what counts as history.