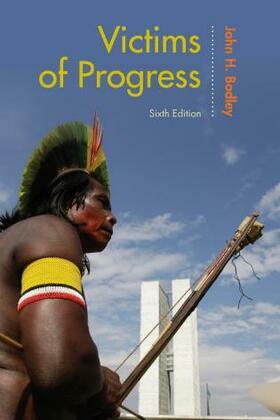 Victims of Progress, now in its sixth edition, offers a compelling account of how technology and development affect indigenous peoples throughout the world. Bodley’s expansive look at the struggle between small-scale indigenous societies, and the colonists and corporate developers who have infringed their territories reaches from 1800 into today. He examines major issues of intervention such as social engineering, economic development, self-determination, health and disease, global warming, and ecocide. Small-scale societies, Bodley convincingly demonstrates, have survived by organizing politically to defend their basic human rights.

Providing a provocative context in which to think about civilization and its costs—shedding light on how we are all victims of progress—the sixth edition features expanded discussion of “uprising politics,” Tebtebba (a particularly active indigenous organization), and voluntary isolation. A wholly new chapter devotes full coverage to the costs of global warming to indigenous peoples in the Pacific and the Arctic. Finally, new appendixes guide readers to recent protest petitions as well as online resources and videos.