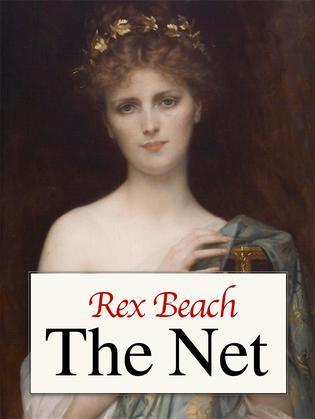 Rex Beach was an American novelist and playwright whose most famous works during the early 20th century consisted of Westerns, many of which are still widely read today.

This story opens in Sicily where a young American named Norvin Blake had gone to attend the wedding of his friend Martel Savigno. The two men had met in Paris and had become such warm friends that Blake had taken this long journey in order to be Martel’s best man. Upon meeting his friend’s fiancée, Countess Margherita Ginini, Blake is impressed by her great beauty and charm, and a feeling is aroused within him which no other woman had ever evoked. As the days go by he finds himself deeply in love with his friend’s fiancée, but endeavors to smother his traitorous feelings. On the eve of the wedding while Blake, Martel, and his steward are returning home, they are attacked in a lonely place by members of the Mafia Society, whom Martel has offended, and he and his steward are killed. Blake escapes, but blames himself for cowardice in not having been able to help his friend. The Countess Margherita is heartbroken at the loss of her lover and declares that she will find the murderers and avenge Martel’s death. Blake is recalled to America by the illness and death of his mother and when he returns to Sicily eight months later, finds Margherita gone, having left no clue to her whereabouts. Blake starts an unsuccessful search, but finding she has sailed for America he returns to his own country. After four years of unavailing search Blake is found living in New Orleans, rich and much sought after socially. He becomes interested in a young and fascinating girl named Myra Bell Warren and enters into a semi-serious engagement pact with her. Meantime he is engaged in the hunt for Martel’s murderers and discovers that they are in New Orleans carrying on their deadly work. He receives anonymous letters which put him on track of the villains and finally they are hunted down and lynched by the angered populace. Blake discovers Margherita disguised as a nurse and under an assumed name living in New Orleans. He learns that she has written the anonymous letters warning him of danger and he declares has love for her. On account of Myra Bell, Margherita refuses Blake’s advances but when the former elopes with another man, she surrenders, and acknowledges her love for him.