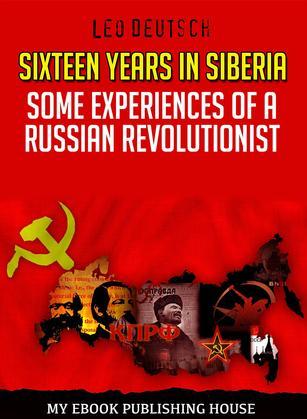 The author is a leader in the Russian revolutionary movement. Since the first publication in English of the following memoir it has also appeared in French, German, Italian, Dutch, Polish, and Bulgarian, while the original Russian has been printed in Switzerland.

The notorious political trial at Konigsberg took place, in which certain German subjects were prosecuted for smuggling Russian revolutionary literature over the Russian frontier. In this trial, will be remembered, after sensational revelations had been made as to the falsifying of documents by highly-placed Russian officials in order to manufacture evidence for the prosecution, the accused were either acquitted or given light sentences for technical infringements of German law. An interpellation concerning the case was made in the Reichstag by Herr Haase, and in his reply Count von Bülow, the Imperial Chancellor, cited the case of Leo Deutsch's extradition in 1884, in order to prove that Prussia's political action in such matters is at the present time in every way consistent with that pursued by Prince Bismarck in the last century.