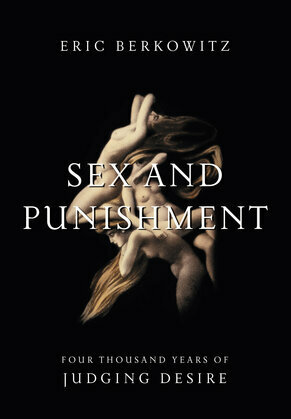 by Eric Berkowitz (Author)
Nonfiction History Other Social history
EPUB
Unlimited loans, One at a time
Details
The “raging frenzy” of the sex drive, to use Plato’s phrase, has always defied control. However, that’s not to say that the Sumerians, Victorians, and every civilization in between and beyond have not tried, wielding their most formidable weapon: the law. At any given point in time, some forms of sex were condoned while others were punished mercilessly. Jump forward or backward a century or two (and often far less than that), and the harmless fun of one time period becomes the gravest crime in another. Judging Desire tells the story of the struggle throughout the millennia to regulate the most powerful engine of human behavior.

Writer and lawyer Eric Berkowitz uses flesh-and-blood cases—much flesh and even more blood—to evoke the entire sweep of Western sex law, from the savage impalement of an Ancient Mesopotamian adulteress to the imprisonment of Oscar Wilde in 1895 for “gross indecency.” The cast of Judging Desire is as varied as the forms taken by human desire itself: royal mistresses, gay charioteers, medieval transvestites, lonely goat-lovers, prostitutes of all stripes, London rent boys. Each of them had forbidden sex, and each was judged—and justice, as Berkowitz shows, rarely had much to do with it.
With the light touch of a natural storyteller, Berkowitz spins these tales and more, going behind closed doors to reveal the essential history of human desire.