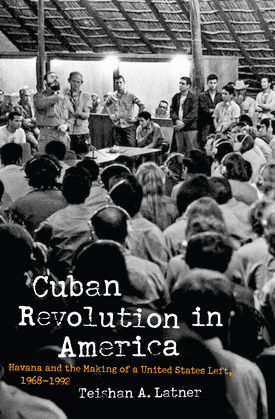 When a popular revolution prevailed on America's doorstep in 1959, it provoked the wrath of the American political establishment but fueled intense interest within the multiracial American Left. In this groundbreaking book, historian Teishan Latner contends that as Americans studied Cuba's achievements in universal education, health care, economic redistribution, and racial and gender equality and embraced Cuban revolutionary theory, Havana in turn looked to the U.S. Left as a collaborator in the global battle against inequality and imperialism and an ally in its Cold War struggle with Washington. By supporting black radical organizations such as the Black Panther Party, New Left groups such as the Venceremos Brigade, and the Cuban American students of the Antonio Maceo Brigade, as well as by granting political asylum to activists such as Assata Shakur, Cuba became a durable global influence on U.S. radicalism for the modern era.

Drawing from extensive archival and oral history research and declassified FBI and CIA documents, this is the first multidecade examination of the encounter between the American Left and the Cuban revolution. By analyzing Cuba's social, cultural, and political impact on U.S. radicalism, Latner contributes to a growing body of scholarship that has globalized the study of U.S. social movements and expands our understanding of the transnational history of the U.S. Left.