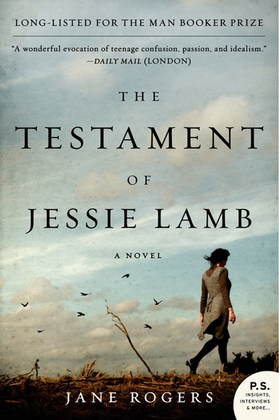 The Testament of Jessie Lamb

In a chilling future, one 16-year-old girl is driven to the ultimate act of heroism. The Testament of Jessie Lamb, longlisted for the Man Booker Prize, is the breakout novel from award-winning author Jane Rogers. Its cunningly drawn characters and riveting vision of a dystopic future fraught with difficult moral choices will make The Testament of Jessie Lamb an instant favorite for fans of Kazuo Ishiguro’s Never Let Me Go, Margaret Atwood’s The Handmaid’s Tale, Suzanne Collins’s The Hunger Games, and Brian K. Vaughan’s Y: The Last Man.

“The novel does not set up an elaborate apocalypse, but astringently strips away the smears hiding the apocalypses we really face. Like Jessie’s, it is a small, calm voice of reason in a nonsensical world.” —The Independent