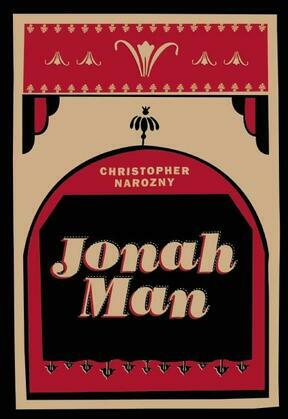 Set in vaudeville in the early twentieth century, Jonah Man is a gripping and ultimately heartbreaking novel that reveals the often tragic lives of performers struggling to make it to the big time.

Told from the perspectives of multiple characters, including a one-handed juggler who moonlights as a drug trafficker, a talented young boy who longs to escape the shadow of his abusive father, and a police inspector whose bumbling attempts to solve a murder result in a series of calamitous missteps, Jonah Man explores the dark side of life behind the curtain, where performers will resort to the most extreme measures—including drug dealing, self-mutilation, and even murder—to keep their ever shrinking dream of becoming a star alive. Resurrecting the lost language and world of vaudeville—a "Jonah Man" was a performer who, despite his best efforts, had stalled in his career—Jonah Man is an unforgettable portrait of people trapped between their highest hopes and the crushing realties of their lives.

Christopher Narozny earned an MFA in fiction from Syracuse University and a PhD in creative writing and literature from the University of Denver. His fiction has appeared or is forthcoming in the American Literary Review, Denver Quarterly, Marginalia, elimae, and Hobart. While at Syracuse he won the Peter Neagoe Prize for Fiction, and at the University of Denver he was awarded the Frankel Dissertation Fellowship for an earlier draft of Jonah Man. He currently lives in Brooklyn, New York.