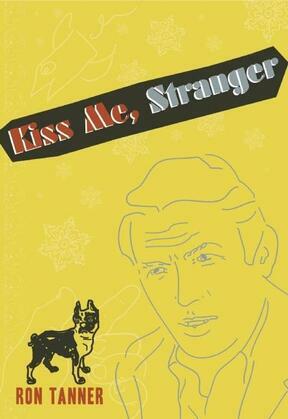 Set in an unnamed country sometime in the past, present, or future, Kiss Me, Stranger is the story of one woman's attempts to keep her family together while a civil war rages around her.

Penelope, her husband and her fourteen children live in a small war-torn country built atop a landfill. After her husband and eldest son are drafted by opposing factions in the war, Penelope and her remaining children, desolate and nearly starving, are forced to scavenge for scrap--comprised of discarded consumer goods such as computers, televisions and automobiles--in the bombed-out city. When the government scrap collector makes an unreasonable demand in already unreasonable circumstances, Penelope slaps him across the face, leading to her arrest. Her subsequent escape sends her family on a journey literally into the heart of the landfill, where they come face to face with the stupidity, destruction and at times, dark humor, of war and modern consumer society.

Featuring over fifty illustrations by the author, Kiss Me, Stranger is a comical and tragic commentary on war, violence, and consumerism.