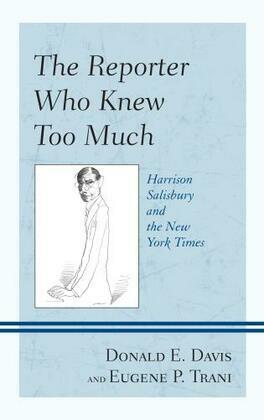 The Reporter Who Knew Too Much

During his career at The New York Times, Harrison Salisbury served as the bureau chief in post-World War II Moscow and reported from Hanoi during the Vietnam War, and in retirement witnessed the Tiananmen Square massacre firsthand. Davis and Trani's engaging biography of the two-time Pulitzer Prize-winning journalist makes use of Salisbury's personal archive of interviews, articles, and correspondence to shed light on the personal triumphs and shortcomings of this preeminent reporter and illuminates the twentieth-century world in which he lived.