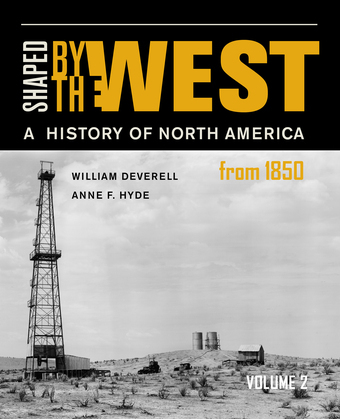 Shaped by the West, Volume 2

Shaped by the West is a primary-source reader that re-writes the history of the United States through a western lens. America’s expansion west was the driving force for issues of democracy, politics, race, freedom, and property. The sources included in this volume reflect the important role of the West in national narratives of American history, from 1850 to the late twentieth century. William Deverell and Anne F. Hyde provide a nuanced look at the past, balancing social and politics topics, and representing all kinds of westerners—black and white, native and immigrant, male and female, powerful and powerless—from more than 20 states across the West and the shifting frontier.