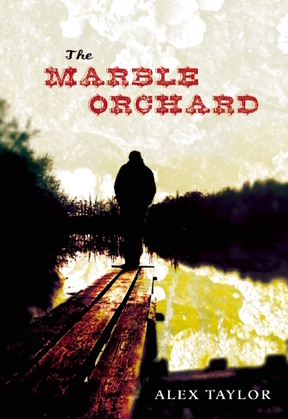 An engrossing and tragic literary thriller that evokes the sinister realism of Cormac McCarthy and the inescapable family bonds of Daniel Woodrell, The Marble Orchard tells the story of Beam, the black sheep of the Sheetmire family, a large and entrenched rural Kentucky clan. Beam finds himself on the run after killing a man who was trying to rob him, a man who turns out to be the son of Loat Duncan, a powerful local businessman and cold-blooded killer.

With Loat—who is hiding a devastating secret about Beam's past—and Elvis, the local sheriff, hot on his trail, Beam leads a nomadic existence as he descends deeper into his own heart of darkness, slipping from one place to the next, each more mysterious than the last. The people he meets during his journey—an enigmatic trucker dressed in a suit, a cemetery-dwelling Good Samaritan, an armless brothel owner—are pieces of a puzzle that hold the key to Beam's past, as well as his possible future salvation.

Alex Taylor holds an MFA from the University of Mississippi and has taught creative writing at Western Kentucky University and McNeese State University. His debut collection, The Name of the Nearest River, was published to great critical acclaim in 2010. Taylor has received the Thomas and Lillie D. Chaffin Award for Appalachian Writing, the Barry Hannah Prize for Fiction, and the Eric Hoffer Award in General Fiction. His stories have appeared in the Oxford American, Black Warrior Review, Carolina Quarterly, American Short Fiction, the Greensboro Review, and elsewhere. He hails from Rosine, Kentucky.